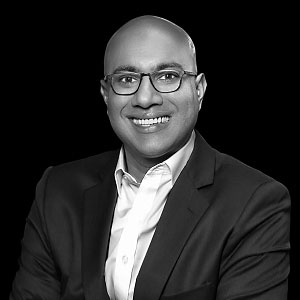 Mr. Kapoor is an experienced executive and operator with over 20 years of healthcare data and technology experience. Most recently, Mr. Kapoor co-founded and served as the President and CEO of Verana Health, a healthcare technology company that partners with leading medical associations to transform clinical data into actionable real-world evidence.

Prior to joining Verana Health, Mr. Kapoor was CEO of Tea Leaves Health, a SaaS-based analytics and marketing technology platform used by hospital systems to target consumers and physicians with coordinated engagement campaigns. Under his leadership, Tea Leaves accelerated its growth leading to an acquisition by Welltok. Mr. Kapoor was previously the President of Everyday Health, a publicly-traded provider of digital health marketing and communications solutions, which was acquired by J2 Global under his leadership. Prior to that, he was the Head of the Global Payer and Provider Division for IMS Health, now IQVIA, during its take-private and initial public offering. Mr. Kapoor began his career as a healthcare investment banker at Société Générale and Cowen & Company.

Mr. Kapoor holds an MBA and MPH from Yale University and a BA in Biology from Washington University in St. Louis. He is a Fulbright Fellow, a board member of several healthcare organizations, a former visiting professor at two universities, and former Executive Vice President and Global Head of Health Systems and Health Finance at the Clinton Foundation in Africa and India.

You are about to leave our site.