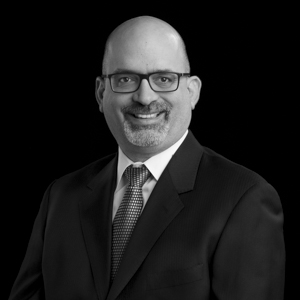 As a Linden Operating Partner, Mr. Bernardo serves as Executive Chairman of StatLab and Lead Director at BioIVT. He also served as Chairman of the Board of SeraCare, a previously owned Linden company, sold to LGC in 2018. Mr. Bernardo is a veteran diagnostics executive who spent over 25 years with premier diagnostics organizations such as Thermo Fisher Scientific (NYSE: TMO), Siemens Healthcare, and Abbott Laboratories (NYSE: ABT). He took on the role of President of the Next-Generation Sequencing and Oncology division in 2015 and was responsible for leading Thermo Fisher’s efforts in these businesses, as well as his team which supported the development of innovative NGS-based solutions for other businesses within Thermo Fisher Scientific. Since 2008, Mr. Bernardo held four President positions with Thermo Fisher Scientific, including NextGeneration Sequencing, ImmunoDiagnostics (Phadia), Anatomic Pathology, and Fisher Healthcare.

Prior to joining Thermo Fisher, Joe served as the Senior Vice President of the Central Lab Business Unit at Siemens Healthcare. Mr. Bernardo has significant M&A experience and was involved with over 25 due diligences, acquisitions, and integrations since the start of his career. Of note, Mr. Bernardo was a Captain in US Army as Chief of the Hospital Clinical and Anatomic Laboratories of Brook Army Medical Center.

Mr. Bernardo holds a Bachelor of Science in Chemistry from Lafayette College and a Master of Arts in Chemistry from the University of Virginia. He served as a Senior Advisor to The Boston Consulting Group until December 2021, serves as Chairman of the Board of Lunaphore, and was an active board member of MobiDiag until its sale to Hologic. He also serves on the Board of Directors of AdvaMedDx and as Vice Chair of the AdvaMed Recovery and Rebuilding Task Force.

You are about to leave our site.